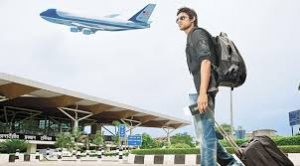 The tourism companies offering experiential tours and city walk are seeing a rise in inquiries and conversation rates in 2018 after the decline in rupee to dollar valuations.

According to data provided by the Chhatrapati Shivaji Maharaj International Airport, in the financial year 2017-2018 (as of October 15), over 1.36 crore Foreign Tourists Arrival (FTA) have been recorded compared to 1.24 crore in the entire financial year 2016-17.

Explaining why it is a luring situation for international tourists, Harshwardhan Tanwar, founder of No Footprints, an experiential tour company, said that the tourists converting dollar to rupee get a steal deal by getting more rupees per dollar which makes it highly attractive to invest more in experiences at a cheaper value.

Jaykumar Rawal, Minister of Tourism & (EGS), Government of Maharashtra called the current rupee decline scenario a win-win situation for international travellers coming to India and for the industry since more foreign travellers will prefer India as a destination.

Crediting the rise in inflow of FTAs to the conversion rates of the dollar to rupee, Karan Anand—head, relationships, Cox & Kings Ltd. said that as the rupee has depreciated by 13 per cent in the last 10 months, tourists who plan to come to India for a holiday will look at it more positively as they can get more value for their holiday.

According to Cox & Kings’ analysis, this year, there could be an increase in experiential tourism by 15 per cent.

However, according to Deepa Krishnan, founder, Mumbai Magic said that the fall in the rupee doesn’t improve the tour profitability, but it makes the tours more affordable and attractive for foreign tourists increasing the number of tours being booked.

Bharat Ghosadkar of Khaki Tours said that the number of inquiries and conversions have gone up from last year. It is a competitive scenario for us, and yet, we are getting a large chunk of bookings as well as conversions.

Another city walk company, Rahgeer has recorded a growth of 36 per cent in the number of tours booked in comparison to last year.