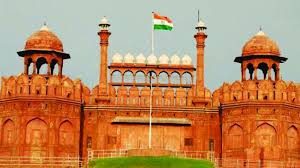 Inspired by an encouraging trend during the last general elections and subsequent state assembly polls, many tour and travel companies are readying for poll tourism, mainly targeting foreign tourists as political parties gear up for the April-May Lok Sabha contest.

Poll tourism, which is fast emerging as a new segment, is not considered to be leisure travel and many operators are betting on overseas students studying in colleges and universities, media persons and researchers keen to witness Indian elections to join their tours.

“This new segment is fast emerging in India as overseas students, researchers and youngsters are increasingly taking interest in the world’s largest democracy. They are keen to see how the Election Commission of India (ECI) conducts the poll process, which is a humongous exercise,” Gujarat-based Akshar Travels chief Manish Sharma said.

According to tour and travel operators, poll tourism as a concept was tested in the Gujarat Assembly polls in 2012 and had received “good response” in the 2014 general elections and subsequent state assembly polls, though the scale of operations was on the “lower side”.

“This time, operators have already started getting enquiries. About 5,000 tourists, taking the accumulated data from various operators, had come for the elections in 2014 from the US, the UK, UAE, Japan, Germany, France and many other European countries. Our expectation is that over 10,000 tourists will come this time for the polls,” Sharma said.

Asked why foreigners are keen to experience the poll process, Travel Agents Federation of India National Committee Member Hitank Shah said: “Elections in India are like a festival. The Election Commission, too, calls the parliamentary battle the largest festival of democracy. Even the filing of nominations by the candidates has become colourful. Tourists coming from the UK, the US, Japan and some European countries want to see the political jamboree in India because they do not have the same kind of scenario in their respective countries.”

Along with witnessing the election process and procedure in India, the poll tourism packages covering seven to eight days tag known tourists destinations of various states so that the heritage, tradition and culture of India can be experienced, operators said.

“We are expecting around 8,000-10,000 tourists to come and witness the election carnival in India. About 1,000-1,200 tourists have already made their bookings with various operators,” Shah said.

The elections will be held in seven phases for 543 Lok Sabha constituencies from April 11 to May 19. The votes will be counted May 23.

Tour operators also said states with multiple-phase polls provide them a greater opportunity and flexibility to design the packages, while the 22 states and union territories going to the hustings in a single phase provides less flexibility. IANS