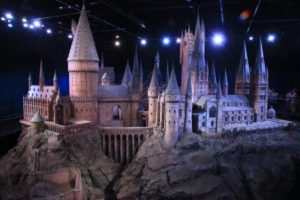 The impact of pop culture on the travel sector continues to rise with Klook reporting a high triple-digit growth from India in page views of television and movie-inspired activities from February 2018 to February 2019. In celebration of die-hard fandom travel, Klook offers some of the world’s most inspirational screen-lovers experiences and invites viewers to live a fantasy of their own:

Klook releases three new Game of Thrones themed experiences in Dubrovnik in 2019 in time for the final season to hit screens in the region on the 14th April.  As a UNESCO World Heritage site, it’s easy to see why the show’s creators gravitated towards Dubrovnik’s Old Town as its setting for King’s Landing. With the upcoming season boasting a record-breaking USD$15 million budget per episode, the highly anticipated settings are expected to be more breathtaking than ever.  The culturally-rich medieval town hosts the show’s main plotline, the glory of the Iron Throne, and invites fans to relive some of the series most crucial moments, including Queen Cersei’s walk of atonement. The new Game of Thrones Filming Locations Tour takes fans through the halls of the Lovrijenac Fortress, the Trsteno Arboretum and the Lokrum Island, while the also new Cruise and Walking Tour allows travelers to embark on Daenerys Targaryen’s ship upon the Adriatic Sea with a Dragon Blood cocktail in hand. Last of the new tours, thrill-seekers can explore Dubrovnik’s less-frequented alleyways on the Legends Evening Walking Tour, led by an engaging tour guide with a wealth of local insights and secrets about  the show.

Beyond Dubrovnik, Game of Thrones fanatics can indulge in the fantastical world of the kingdom of Dorne on Klook’s Spanish Cathedral, Alcazar, & Giralda Guided Tour. Known in the real world as Seville, the tour includes a visit to the home of the House of Martell.  Alternatively, a trip to Northern Ireland offers guests a unique opportunity to see that Grjótagjá Rift – the Lake Mývatn Hike and Bath Tour includes a visit to where Jon Snow took a faithful leap to break his celibacy on a romantic rendezvous with Ygritte.  The allure of Northern Ireland’s rich landscapes and the natural geothermal pools provide an insightful and relaxing experience.

Another popular movie series drawing hordes of fans to filming locations is the pop culture legend of Harry Potter. With The Harry Potter Walking Tour in London. Potter heads can step into iconic places such as Diagon Alley, Platform 9¾, and the Leaky Cauldron. Alternatively, the  Warner Bros. Studio Tour London – the Making of Harry Potter invites Harry Potter maniacs to feed their curiosities on a full day adventure and an in-depth look into the costumes and behind the ‘scenes of the movies’ production.

Fandom travel is a trend globally. The popularity in Korean dramas has seen a positive pick up on locations featured in, including Minsok Korean Folk Village, Gwangmyeong Cave, and Uiwang Rail Bike Day Trip from Seoul by KTourStory, where wanderers can be amongst the glowing stars from scenes from Dae Jang Geum (or Jewel in the Palace), a Korean drama which follows a story about the first female physician of the Chosun Dynasty name Jang Geum; and My Love, about an unconventional union of long-lost lovers.

Anita Ngai, Klook’s Chief Revenue Officer says, “Shows with unique settings magnetize travelers and inspire travel decisions. At Klook we have seen an increase in users searching for on-screen experiences and as travelers become more adventurous, we expect this demand to continue to grow. We’re delighted to be expanding our offerings catered to fandom travel and continuing to give Klook users seamless access to unique destinations and inspiring experiences.”