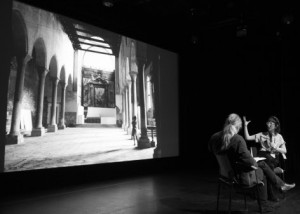 The Alchemy Film and Moving Image Festival in Hawick will benefit from support from EventScotland, part of VisitScotland’s Events Directorate, for its 2018 event.

The international festival of film and moving image – taking place in Hawick between May 3rd and May 7th – has been awarded £7,500 in round 36 of EventScotland’s National Funding programme.

The festival is one of four events across Scotland to have benefitted from a share of £49,500 in the last round of funding from EventScotland, which aims to enhance event delivery and ensure a diverse portfolio of events for Scotland.

In 2018, the Alchemy Film and Moving Image Festival will return to Hawick for its eighth year. Produced in partnership with flagship venue, Heart of Hawick, the experimental film festival attracts some of the most innovative filmmakers from around the world.

Richard Ashrowan, Creative Director from The Alchemy Film & Moving Image Festival said: “We are delighted to have received funding from EventScotland for this year’s festival. The full programme for this year’s event will be announced in April and we are looking forward to another successful event in Hawick.”

Paula Ward, VisitScotland Regional Leadership Director, said: “I am delighted that the Alchemy Film and Moving Image Festival has been selected as a funding recipient in Round 36 of EventScotland’s National Funding Programme. The festival is an established event on the town’s calendar and helps attract visitors tothe Scottish Borders.

“Scotland is the perfect stage for events and our National programme plays a crucial role, not only in maintaining our vibrant and diverse portfolio, but in developing domestic tourism and generating beneficial impacts to all areas of the country.”

National Programme funding supports the strategic development of events which occur outside of Edinburgh and Glasgow, with the aim of driving domestic tourism, delivering economic impact for local communities and generating media profile for Scotland.

Building upon existing event activities, extending marketing reach and enhancing the on-site food and drink offer are just some of the ways national programme funds are often put to use.