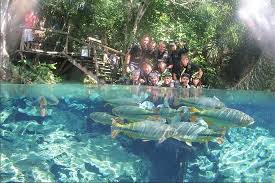 Cuiabá, Nobres, Poconé, Chapada dos Guimarães and Cáceres will be the first municipalities of Mato Grosso to be included in the Investe Turismo program. Developed by the Ministry of Tourism, in partnership with Embratur and Sebrae, the project was presented in Mato Grosso on Monday (July 15).

The initiative aims to increase the tourist capacity of the region, generating employment and income for the population. In all, 30 routes across the country are included in the first stage of the program with an investment of around R $ 200 million.

The national secretary for Development and Competitiveness of Tourism, Aluizer Malab, opened the event and began by congratulating the state for its interest in developing tourism in the region.

“I think it’s important when we have the political will and we’re on the government’s agenda. Here we see this clearly. In all the conversations about tourism, I have seen that everyone has the same feeling: potentiality is the watchword,” he said.

The secretary of the Ministry of Tourism pointed out the importance of the sector for the development not only of Mato Grosso, but of Brazil.

“This tourism industry brings us a very good possibility of job creation. We need manpower to do it and that means more work for the population,” he said.

The governor of Mato Grosso, Mauro Mendes, was also present during the launch and highlighted the tourist potential of the state for the development of the region.

“We have a lot of wealth here and it is up to us to make this partnership with Sebrae and the Ministry of Tourism for a real planning. Good decisions are those that serve the interest of our population,” he said.

For the state secretary of Economic Development and Tourism of Mato Grosso, Cesar Miranda, Investe Turismo is just the beginning of a series of actions to increase the tourist attraction in the state.

“We are building a new development project for Mato Grosso and there is no development without talking about tourism. It is a clean industry that generates jobs and moves the economy,” added Miranda.

Among the actions proposed by the program are the improvement of the tourist attractions of the Brazilian states, the commercialization of the destinations.

In addition, the initiative works for the union of the public and private sectors in order to prepare and promote the tourist service of the Mato Grosso route, whose strong point is nature tourism and ecotourism.