Ireland witnesses growth of 2.4 percent in overseas visitors compared to the same period in 2018 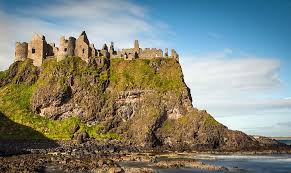 Ireland witnessed a growth of 2.4 percent in overseas visitors as compared to the same period last year. This was partly due to visitors from the US.

On September 11, Ireland’s Central Statistics Office released its tourism figures for the second quarter of this year, which accounts for April through June. The figures show that visitors to Ireland in the second quarter topped 3 million.

Niall Gibbons, the CEO of Tourism Ireland said, “Total overseas visitor numbers increased by +2% in the first half of 2019 – with numbers from Britain flat (0%), Mainland Europe up +2%, North America +6% and long-haul markets +7%.”

Gibbons said that while revenue from British visitors and Mainland European visitors dropped by 4 percent, revenue from North American visitors grew by 9 percent. He acknowledged the fact that the uncertainty surrounding Brexit could have had an effect on revenue from Great Britain.

Ronan Dunphy, an economist with Investec Ireland, said: “Although overall tourism numbers have been increasing strongly in the past few years, the stand-out feature has been the very strong growth in visitor numbers from the US. This market doubled in the five years to 2018 and it has again been the main driver of tourism growth this year.”

Looking ahead, Gibbons stressed on Tourism Ireland’s €12 million ($13 million) autumn campaign, which he says is geared towards attracting visitors to Ireland during the off-peak season.