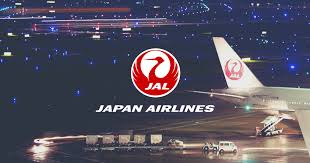 On Japan domestic routes, JAL will increase the number of flights featuring the carrier`s new Airbus A350-900 and Boeing 787-8 aircraft, which have both received positive reviews. Within FY2020, JAL plans to operate nine of the A350 aircraft and four of the 787 aircraft to select destinations throughout Japan. In addition, the A350’s cabin features the QCC (Quick Configuration Change) functionality, allowing the carrier to change the number seats in the aircraft to align with the seasonal demand.

Hokkaido Air System, which is based at Sapporo Okadama airport, will start operating the new ATR42-600 from April 12, 2020, increasing the number of available seats and contributing to the region`s economic revitalization.

All flights and schedules listed on this release are subject to government approval.

The JAL Group will continue to embrace new challenges to deliver greater customer convenience, enhance its networks, and improve the quality of its products and services.