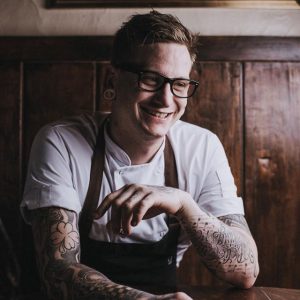 Jamie Coleman has joined the Beach at Bude hotel in Cornwall as head chef from the same role at the Michelin-starred Masons Arms in Devon.

Jamie Coleman joins the 16-bedroom boutique hotel and restaurant, owned by Susie Daniel, having previously worked as a chef de partie at Gordon Ramsay at Claridge’s in London, and as a senior chef de partie at Gidleigh Park under Michael Caines.

He said that she is looking forward to making my mark at the Beach at Bude. Having grown up in Devon, I have a real passion for the West Country and believe the south west has some of the best ingredients on offer in the UK.

Daniel said that they are delighted to welcome Jamie to the team and have been receiving great feedback since he joined us. He brings a wealth of experience and fresh ideas to the role and we are excited to see how he develops our restaurant here at the Beach at Bude.

Mark Dodson, chef-owner at the Masons Arms, continues to run the kitchen.