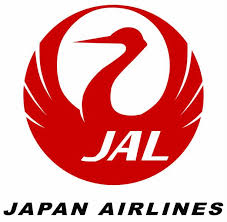 Sheremetyevo international airport is known for its accessibility to Moscow`s city center and has a modern infrastructure that provides a high level of service for passengers. Sheremetyevo airport has been recognized for the best customer service in the busiest airports in Europe category by ACI’s global Airport Service Quality (ASQ) program for 2018 and subsequently entered the list of the world’s best airports — ACI Director General’s Roll of Excellence. This prestigious list features airports that have been ranked the best in the ACI’s ASQ customer service quality ratings at least five times within the last 10 years.1

In 2017, JAL announced a comprehensive business partnership2 with Aeroflot Russian Airlines (SU), whose gateway hub is located at Sheremetyevo airport. Aeroflot has the largest network in Russia, allowing customers to conveniently travel to numerous destinations from Sheremetyevo airport.

Once the relocation is completed in 2020, JAL plans to start a codeshare partnership with Aeroflot, strengthening the relationship between the two carriers. And as recently announced3, JAL will operate a new route between Tokyo Narita and Vladivostok during the summer schedule of 2020. Through these actions, JAL will continue to contribute to the economic development and cultural exchange between Japan and Russia.

The following plans and schedules are subject to government approval.