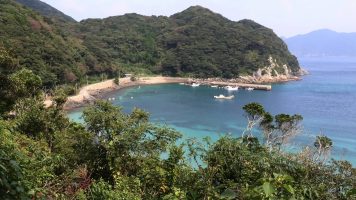 Japan’s old Christian sanctuary-Goto Islands-is all set to get a high-end hotel. The Japanese trading house Sojitz is going to construct the hotel with an aim to cash in on the growing number of tourists the location has received.

The trading house has fixed the target of opening the luxurious hotel within the next three years. The expected expenditure of the project is a few billion yen (1 billion yen is equal to $9.2 million).

Goto Island has been an important destination for Christians before the ban on the religion was revoked in the 19th century. The locations which were associated with the history were called as World Heritage sites in 2018.

The total number of tourists reached 240,000 that year, an increase of 13 per cent from 2017. As of now, accommodations are in short supply. The hotel group is going to be a part of a regional revitalization project. The two sides are supposed to ink the deal by the year-end at the earliest.

However, officials of the local tourism board say that there are hardly any lodging facilities to satisfy well to do visitors from both Japan and abroad.

Plans are afoot to construct a hotel on the scenic 15,000 square metre plot of the city-owned land. Suites accommodating 20 to 30 people would cost around 100,000 yen a night. Sojitz will construct the building and will also own it.

The rooms will be part of the vacation packages that will comprise fishing and sightseeing. Goto Island not only boasts historical sites but also has volcanos and 100 uninhabited islands.