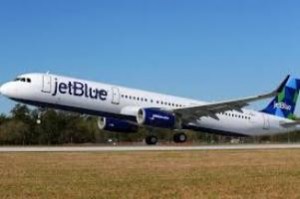 JetBlue founder is going to launch a new start-up airline and for this David Neeleman is buying 60 jets.

Now, Neeleman’s start-up has taken one of the most concrete steps yet toward getting off the ground: a tentative deal to buy 60 Airbus A220-300 jets.

Airbus and Neeleman’s group announced a memorandum of understanding for the order on Tuesday at the Farnborough Airshow in England. A press release accompanying the news said the order was for a new U.S. airline start-up.

David Neeleman, majority investor in the new venture said that after years of U.S. airline consolidation, the conditions are improving for a new generation of U.S. airline to emerge, focused on passenger service and satisfaction. The A220 will enable them to serve thinner routes in comfort without compromising cost, especially on longer-range missions. With deliveries starting in 2021, they will have ample time to assemble a world-class management team and another winning business model.

Neeleman has a venerable aviation background. In the U.S., he’s best known for launching JetBlue, which began flying in 2000.

But Neeleman also has helped found three other commercial carriers. In the 1980s, he helped launch Morris Air, which eventually was acquired by Southwest. In the 1990s, he was one of the founders of WestJet, now Canada’s second-biggest airline. And, after departing JetBlue, Neeleman founded Azul Brazilian Airlines in 2008. Neeleman remains CEO of Azul, now a major player in Brazil. Additionally, Neeleman has an ownership stake in TAP Air Portugal, which has expanded and updated its service offerings since.

The A220 aircraft selected by Moxy had been known as the Bomardier CSeries until last week. Airbus, which has taken a majority stake in the line, changed the name to fit within its standard naming convention. The A220-300s, which can seat between 140 and 160 passengers, are capable of flying transcontinental routes. They also have spacious overhead bins and a favorable 2-by-3 seating arrangement that minimizes the number of middle seats.

The A220 deal would be valued at $5.4 billion based on list prices, though steep discounts are typical for such orders.

It would aim to fill the gap left in the market as bigger airlines have consolidated. That’s left fewer carriers for U.S. customers to choose from and has increasingly forced customers flying on full-service carriers to connect via a shrinking number of increasingly busy hub airports.

Neeleman could find a market ready to embrace a new entrant. Of all the USA’s major carrier’s, the only one flying today that didn’t exist prior to 2000 is the JetBlue brand that Neeleman founded. Virgin America was founded in the 2000s, but that brand officially disappeared in April as part of its acquisition by Alaska Airlines. Now, Neeleman has his latest effort with Moxy, though it’s unclear if that project name is being considered for the airline itself.