Kazakh Tourism has pushed to strengthen its domestic tourism 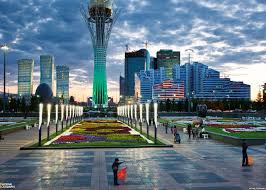 Kazakh Tourism, which looks into the travel industry of the nation, has made another push to strengthen domestic tourism of the country. Its second information excursion ended Nov. 9, reported the company press service.

The tour which kick-started on Oct. 30th was part of a cycle of similar trips carried on to boost up as well as tap into the possibility of seeing one’s own country. It included 22 tour operators from the capital city of Kazakhstan and Almaty, the largest city of this central Asian country, who travelled to Aktau, Saryagash, Shymkent, Taraz and Turkestan.

“The main goal is to show the potential and opportunities of each region for companies involved in the development of domestic tourism to develop tour packages. During the tour, tour operators shared their experience with the region in developing and potentially simplifying routes, improving services, training guides and promoting the region. This is the value of these tours,” said the company.

In Taraz, an ancient city famous for its rich historic and cultural heritage, the participants visited Ryskulbekov Park and Zheltoksan Alley, the 220-metre fountain, country’s highest and Podvig Memorial Complex.

Also, they saw some of the most popular tourist and pilgrimage sites of the nation, including Aisha Bibi, Babadzha Khatun, Dautbek, Karakhan and Khoja Ahmed Yassawi mausoleums.

While in Turkestan, they took part in the Turkestan: One Way – One History international investment forum, contributing to their vision for enhancing the city that has been the centre of the region of the same name from 2018 and attracted significant national attention.

Also, the tour operators explored all over the Mangystau Region which is located on the shores of the Caspian Sea, provides many historic and pilgrimage sites. The destinations are not quite accessible, even though who do have the chance to witness a landscape with stunning diversity.  The participants also took part in B2B meetings with local tour companies to develop new partnerships and exchange ideas on ways to improve tourism in the region. The sessions concluded by signing 132 agreements.

The tour operators noted the cities on their route, which in the past were along the Silk Road, may generate interest among both foreign and local tourists.