Kedarnath soon to be a dark tourism destination 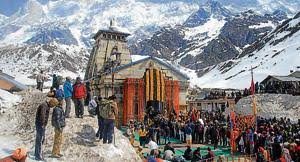 One of Char Dhams, Kedarnath will soon turn into a dark tourism destination as the state government is aiming to promote the revered spot on the lines of 9/11 memorial and Ground Zero in New York. This will be similar to other sities in France, Italy. Czech Republic and Ukraine.

Tourists will be travelling to places affaected during 2013 Himalayn disaster and the State Tourism and Culture Minister Satpal Maharaj announced regarding this development and stated that a Smritu Van (memorial forest) will also be developed. It will have the details of those who lost their lives during 2013 disaster the memorial will further explain to the people everything regarding the tragedy that happen in 2013.

A Memorandum of Understanding (MoU) will be signed with the Mauritius Government to promote tourism between the two regions. Earlier this month Jagdish Govardhan, High Commissioner of Mauritius to India and Satpal Maharaj of Uttarakhand visited Char Dham.

There will be direct flights from places like London, New York so that Char Dham becomes easily accessible to the tourists.