Kerala all geared towards promoting new tourism destinations in the state 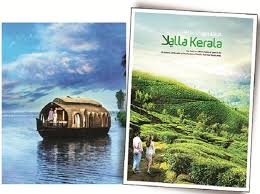 On Wednesday, the Tourism Minister of Kerala, Mr. Kadakampally Surendran explained that they were all geared towards promoting new tourism destinations in the state that would eventually boost up the contribution of the sector in state GDP. While speaking at the time of the Question Hour proceedings in Kerala Assembly session, Surendran explained that responsible tourism is prioritized in the state.

“Instead of focusing just on conventional tourism destinations that were just limited to the Travancore region, the government had taken steps to promote new tourism destinations in North Kerala. Most foreign tourists arrived on beaches in Kasaragod last year more than Kovalam. This is clearly a paradigm shift,” he said.

Also, the minister stated that the new tourism destinations are slowly creating their impressions in Kerala and the tourism industry, contributing 10 per cent of Kerala’s GDP, which can be scaled up to 12 per cent.

Senior Congress MLA PT Thomas has recently highlighted the issue of Nobel laureate and renowned biophysicist Michael Levitt and his wife getting stuck in an Alappuzha houseboat after the unruly protestors stopped their boat from leaving during Bharat Bandh. He questioned the minister about the way the government didn’t succeed to offer complete security and what action was taken on the incident. While replying to him, the minister stated that strict actions were taken immediately by arresting those who blocked the boat.

“The incident was unfortunate. Anti-social elements were responsible for it. Michael Levitt and his wife had arrived as a state guest but their houseboat trip was a private one, the government was not informed. But we have taken stringent action against those behind the incident,” he said.