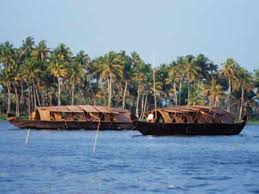 Kerala is known all around the world as ‘God’s own country’, and it is this magnetism about it that draws tourists there from all over the world.

Trying to tap into this global market, Kerala tourism has placed an advertisement in Times Square, New York, which is one of the busiest places in the world.

Kerala tourism has now found a place in the colorful, heterogeneous scene of New York.

Indians in the New York City metropolitan region are also one of the largest and fastest growing ethnicities in the city metropolitan area of the United States, with 2014 census data showing over 2 lakh residents.