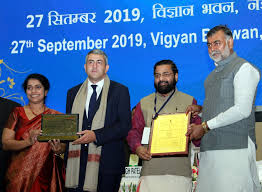 Private players like hoteliers and tour operators in Kerala travel and hospitality industry secured five more awards, taking a total of seven awards for the state. The awards ceremony was held at an event at Vigyan Bhavan in New Delhi.