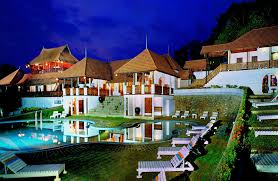 Councillor Palayam Rajan headed the function. The museum is part of works worth Rs 8.94 crore sanctioned to fortify and protect the heritage of Kanakakunnu Palace. As, P Bala Kiran, Kerala tourism director explained that superlative technology has gone into the concept of the digital museum. The government has provided administrative sanction of Rs 4.90 crore for developing the museum and Rs 1 crore for its operation as well as maintenance.

Also, the government has granted administrative sanction for Rs 2.90 crore in terms of heritage preserving works of the palace. Kerala Tourism has introduced two projects – one to develop a digital museum and another to raise a Miyawaki model forest – on Kanakakunnu Palace premises in the heart of the capital city. While launching both the projects at an event organized at Kanakakunnu Palace on Monday, tourism minister Kadakampally Surendran disclosed that the state tourism department’s design of formulating a ‘Travancore Heritage plan’ just like the Muziris, Alappuzha and Thalassery heritage projects. Tourism secretary Rani George explained that the digital museum will highlight Travancore and Kerala’s culture to the world. The work will be carried on by Uralunglal Labour Contract Co-operative Society (ULCCS).The Miyawaki model forest, coming up at five cents of Suryakanthi grounds on the Palace premises, will be replicated in all the important tourist centers of Kerala.