Kimpton Houston Group’s property to come up in Texas 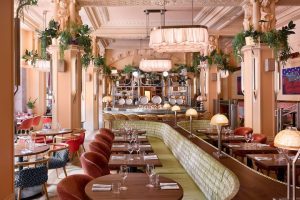 Situated in downtown, the hotel will be accessible to the iconic Houston attractions, such as Galleria Mall, the world-class museum and theatre districts. The Texas Medical Centre and the Convention Centre, the key locations, will also be close to the hotel.

The hotel will have 104 rooms, a signature restaurant, a café, an expensive rooftop pool and a bar that would promise a beautiful view of the city. The property would also have over 14,000 square feet of indoor-outdoor meeting space.

Kimpton Houston Group, which has over 60 hotels worldwide, is going to partner with Australian developer Caydon on this project.

Kimpton CEO Mike DeFrino said that Midtown was slowly turning into the heart of the city and that its diverse cosmopolitan vibe perfectly gelled with Kimpton’s brand of hospitality.

The principal of Caydon, Joe Russo, said that emphasis was being laid on creating a lively mixed-use development that captures the essence of the location.

The Texas-based hotel will join two other Kimpton hotels- one slated to open in Austin and another in Dallas.