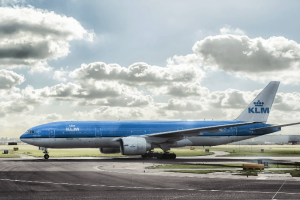 The KLM Royal Dutch Airlines has decided to minimize its five-flights-a-day service from Brussels to Amsterdam, replacing one with a high-speed train journey.

The service will be started in March 2020 and it will offer a competitive service with that of air travel. The train journey will approximately take 90 minutes, which will be similar to the time duration of the airline journey (comprising check-in time, security queues and baggage reclaim).

The latest move of the Airline is aimed at increasing environment-friendly measures throughout the company. Travellers need not worry on the service front because the Airline has maintained that there would be no compromise with the quality of the service that would be provided to the customers in the replacement arrangement. Right from the speed, capacity and comfort, everything would be taken care of by the Airline, authorities have promised.

Worth mentioning here that earlier this year when the Airline celebrated its 100th anniversary, it asked people to fly less. The Dutch airline is not the first one to offer codeshare service with a train though.

KLM President Pieter Elbers has said that intermodal transport involving trains and planes remains a tough business. “Speed is important not only for the trains but also for the transfer process at the airport. We want to make maximum progress in both areas. Bringing down the frequency of flights from five to four flights a day will help us gain more experience with air and rail services. KLM Royal Dutch airlines will work with Dutch Rail operator, NS, and high-speed rail operator Thalys,” he said.

He added: “This would be the first step towards reducing the number of international flights while taking rail infrastructure into consideration which involves less carbon emission.”

Elbers said that plans were afoot to replace more short-haul routes with rail service in coming days if the trial became successful.