Krosa to hit Japan, estimated 222 domestic flights to be cancelled on Wed, Thurs 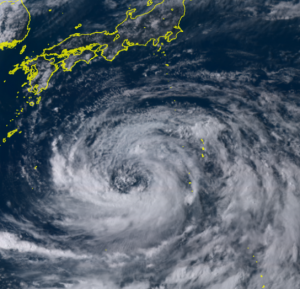 Most of the suspended flights are in and out of Kyushu. As of 10:30 a.m. local time, Japan Airlines canceled 62 flights. Japan Air Commuter 55, Peach Aviation 37, All Nippon Airways 36, Solaseed Air 16, Skymark Airlines 8, Jetstar Japan 4, Spring Japan 2 and Vanilla Air 2.

The airlines say more flights may be canceled and are advising passengers to check their websites for the latest information.

Krosa will be the third tropical cyclone to make landfall across mainland Japan in as many weeks following Typhoon Francisco and Tropical Storm Nari. Millions of people would be in the storm’s path, and will be impacted by travel-disrupting downpours to flooding and mudslides.

Damaging winds will be a concern across Kyushu, Shikoku and southwest Honshu where wind gusts of 65-95 km/h (40-60 mph) will be common. Locations near and just east of where Krosa makes landfall will be at risk for wind gusts up to 130 km/h (80 mph).