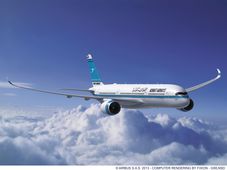 A man died on board a Kuwait Airways flight. This flight had to be diverted to Shannon Airport yesterday afternoon.

The flight of Kuwait Airways that was travelling to JFK Airport of New York from Kuwait had to make the emergency landing just a little prior to 2 p.m.

When the plane made a safe landing, the emergency services immediately attended the scene. However, the man had been pronounced dead.

Reportedly, that man had been travelling under medical supervision.

Thereafter, his remains were removed to Limerick University Hospital where a post mortem would be conducted soon.

Shannon Airport has witnessed a large volume of unscheduled landings in the last few days. Yesterday, a flight that was travelling from Miami to London was diverted after a passenger became seriously ill onboard the flight.

On the Christmas Day, a 10-year-old girl had died after she had fallen ill on a flight that was travelling to London from Toronto.

A fundraising effort has been started by the family to bring the girl named Young Madra home from Ireland. So far, about €30,000 has been raised.