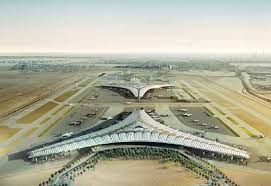 In order to bolster cooperation on aviation security, Kuwait and the United States signed a deal on Tuesday.

The deal was inked by Kuwait Directorate General of Civil Aviation (DGCA), and the U.S. Transportation Security Administration (TSA).

The current cooperation between the DGCA and the TSA led to vast improvement of security at Kuwait International Airport (KIA), he said, noting that KIA status has immensely improved regionally and internationally, because of such collaboration.

David Pekoske, the TSA administrator, said that the level of cooperation between Kuwait and the United States was excellent.

“We both have worked very closely, to get into improving aviation security in our respective countries,” he said.