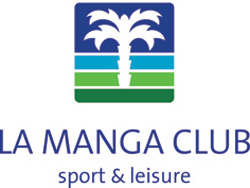 Baroness Heyhoe Flint was a familiar figure at the resort in Murcia, south-east Spain, for the last four decades and played a leading role in helping to establish itself as Europe’s top sports and leisure destination after she retired from competitive sport.

As well as being a resident at La Manga Club for more than 30 years, she was also a long-term ambassador for the resort and worked passionately to promote its extensive facilities all over the world alongside other sporting greats including golfing legend Severiano Ballesteros.

“She was such a strong supporter of La Manga Club and helped us in so many ways – and always with her infectious enthusiasm and energy. I know La Manga Club was very much part of her life and she will be missed dearly by so many people here, but leaves us with wonderful memories.

“On behalf of La Manga Club, we offer our sincere condolences to her family at this difficult time, and would just like to say ‘muchas gracias, Rachael, for everything you did for us’.”