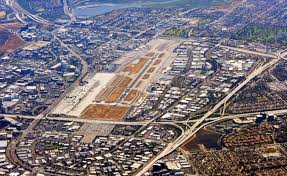 Inspired by its rich heritage, natural scenery, and stunning architecture, the late landscape artist Sigrid “Jan” Mecklenburg was drawn to paint the “Jewel of the California Missions,” also known as the historic Mission San Juan Capistrano. Her artwork is on display in the John Wayne Airport Community Focus Space from November 14 – December 17, 2019.

“Rich in California’s multi-cultural history, Mission San Juan Capistrano welcomes visitors both locally and from afar to what’s often referred to as the birthplace of Orange County,” said Orange County Board of Supervisors Chairwoman Lisa Bartlett. “Travelers, students, and history enthusiasts alike who travel through John Wayne Airport are sure to enjoy Jan Mecklenburg’s vibrant work.”

Feeling encouraged to paint by her surroundings in Trabuco Canyon, nature served as an inspiration for many of Mecklenburg’s paintings. With a short drive from home, she spent many days at Mission San Juan Capistrano, where she painted multiple scenes depicting how the mission looked in the past and present, always including flowers and beautiful skies.

Mecklenburg was known as an accomplished artist who painted both portraits and landscapes using acrylic on canvas. She was commissioned by the City of Moorpark to paint the famed Moorpark Mammoth, which hangs in the municipal building and the depiction of which is widely used and recognized. She also wrote a book “Discovering Seattle,” which was adopted for use by several school districts, and wrote and illustrated four children’s books published by Thomas Nelson.

Mecklenburg died from breast cancer in October 2017. A family member shares, “Jan was so excited to showcase her paintings of Mission San Juan Capistrano at John Wayne Airport, and even though she couldn’t be here to see it herself, the Mecklenburg family is pleased that her artwork is exhibited in the Terminal to share with passengers and guests as she had planned.”

Mecklenburg’s exhibit may be viewed (pre-security) on the Departure (upper) Level near security screening areas in Terminals A, B, and C and on the Arrival (lower) Level adjacent to Baggage Carousels 1 and 4.