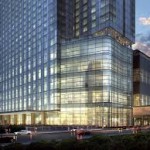 Fairmont Austin debuts as the largest Fairmont property in the United States, as well as the second largest Fairmont hotel globally, in both number of rooms and total meeting and event space.

“A strategic opening for AccorHotels, Fairmont Austin is the first in a series of high-profile luxury developments marking a time of significant growth for the Group and its brands in North and Central America,” said Kevin Frid, Chief Operating Officer, North & Central America, AccorHotels. “Other notable openings anticipated in the next 18 to 24 months include the iconic Fairmont Century Plaza in Los Angeles, Sofitel Mexico Reforma in Mexico City, Fairmont Costa Canuva in Mexico’s Riviera Nayarit, Fairmont Saint Lucia at Sunset Bay in the Caribbean, and several soon-to-be-announced projects with the potential to introduce new brands into the region.”

Officially the largest hotel in Austin at 1,048 rooms, 37 stories and nearly 140,000 square feet of meeting and event space, Fairmont Austin is uniquely situated in the vibrant Central Business District, amid the lush greenery of Palm Park and Waller Creek, with exclusive direct access to the Austin Convention Center via the Red River Canopy Walk. Debuting as the second tallest building in the city, the hotel adds a new dimension to the downtown skyline, with a “lighted crown” programmed with an array of color options and a 170-foot tall architectural spire that is illuminated in the evenings, making the building visible from throughout Central Texas.