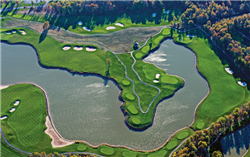 Entries are now being accepted for the 2019 North America Friendship Cup, scheduled for June 25 – 28, 2019, at Niagara Parks’ Legends on the Niagara golf complex in Niagara Falls, Ontario, Canada.  This 54-hole scratch event for senior male amateurs will be played over Legends’ Ussher’s Creek course designed by celebrated Canadian architect Thomas McBroom. In addition to the individual stroke play tournament, competitors from the United States and Canada will have the opportunity to represent their countries and contribute to the Friendship Cup team competition.

Retired NHL goaltender Don Edwards is behind the start-up of the Friendship Cup and will serve as the honorary host for the event. “Born and raised just minutes from the Niagara region, this is a truly spectacular golf destination complimented by the breathtaking natural beauty of Niagara Falls,” stated Edwards. “As a senior competitor, I know the quality of golf played at this level. Bringing together some of the best senior golfers from Canada and the United Sates will not only produce a great individual contest, but also an exciting team competition where each day the competitors will have the opportunity to represent their country.”

Age categories for the Friendship Cup include: Senior 55-64, Super-Senior 65-69 and Legends age 70 years plus. Following three days of competition, an individual champion will be crowned in each division and at the conclusion of play each day the top scores in each division will contribute to the final score for the Canadian and U.S. teams.