Legoland’s biggest resort to open in New York next year 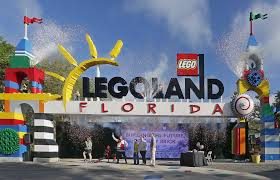 The Legoland New York Resort will be opened on July 4, 2020. The resort will be operated by Merlin Entertainments. It will be the ninth Legoland’s property globally and third such property in the United States. Located in Goshen, it will be around 60 miles from New York City.

This will be the largest Legoland project so far as it would have seven themed lands packed with over 50 rides, attractions, and experiences across 150 acres. 15,000 Lego models from around the world will be shipped to the Hudson Valley destination. A first-look video of the project has also been launched, which showcases plenty of rides, the recreation of popular buildings, and Legoland’s Dragon Coaster that will be installed at the New York resort.

Among the other attractions of the New York resort will be Fire Academy and Splash Battle, which are already available in other Legoland parks. Guests can enjoy two rides here. One will be a Lego Factory Adventure in which passengers will find life-size bricks being built, and Duplo Express, which will be a musical train. The park’s Miniland will be dotted with miniature replicas of New York City or Los Angeles. Little ones can learn driving in the LEGO Driving School whereas they can battle the Great Devourer in an interactive challenge within the Lego Ninjago World.

Here is also some good news for those seeking a weekend trip as Legoland New York will also open a hotel in 2021 that will have family-themes rooms as well as Ninjago and Lego Friends offerings.

“Visitors can ride, climb, play, learn and build together. The little ones can celebrate their own independence by riding their first roller coaster, the Dragon, or can drive their first car in the Legoland Driving School,” said Legoland New York spokesperson Matt Besterman.