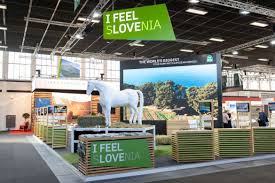 Ljubljana, the lakeside resort Bled and several other Slovenian towns included in the Slovenia Green scheme were felicitated at ITB Berlin, which is one of the largest and most prominent tourism trade fairs in the world.

Ljubljana won in the category of Best in Cities with its campaign promoting local food production entitled the Exchange of Local Foods.

The first meeting of producers and potential buyers of food from Ljubljana and central Slovenia was held last month, attracting more than 80 food producers, representatives of schools and kindergartens, hotels and restaurants.