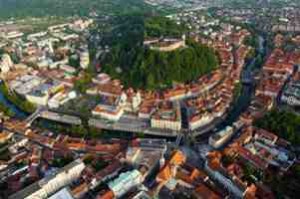 Ljubljana, the capital and largest city of Slovenia will have a new train and bus passenger terminal by 2020.

Slovenske Železnice CEO Dušan Mes said that Emonika project is under process and it will set a new landmark in promoting the travel and tourism.

The Emonika project was supposed to include a new bus and railway station, as well as a business and residential complex in the Centre District of Ljubljana.

The public investors, the city of Ljubljana, the state and Slovenske Železnice – could build the transport terminal on their own. The bus and passenger train terminal has been estimated to cost around 100 million euros.

The private investor Mas Real Estate, which has withdrawn from the project, and Prime Kapital had set up a special company to build the commercial part of the Emonika project.

This Emonika project is a 100-metre tower building, a hotel and an office building as well as a two-storey shopping centre.

According to Dušan Mes, the private investors of Ljubljana could still join the project later on.