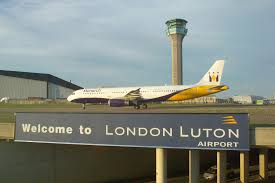 2018 saw the official opening of LLA 160 million pounds redevelopment project, which will increase capacity by 50 per cent to 18 million by 2020.

Alberto Martin, chief executive of LLA, said: “Last year was a landmark year for LLA as we welcomed more passengers than ever before, celebrated our 80th anniversary, and opened our newly-upgraded terminal. As we enter the New Year, we will work hard to ensure that the benefits of our transformation are felt by our passengers, staff and the local community in the years ahead.”

In 2019, passengers will further benefit from the extension of the Oyster and contactless card system on train services between London and the airport.

The Direct Air Rail Transit will replace the current shuttle bus between Luton Airport Parkway station and the terminal.