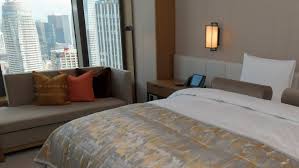 Before the Tokyo Olympics next year, the luxury hotel market is booming in Japan, propelled by an influx of foreign visitors.

Experts opine that the luxury hotel market is still underdeveloped in Japan, compared to its Asian neighbors and the West, but there are indications of change. Wealthy travelers in Japan have long attracted attention from overseas hotel operators. Now leading domestic companies are entering the scene.

The Okura Tokyo, which is one of the three top Japanese hotel brands, reopened on Thursday after a four-year renovation costing around 110 billion Yen ($1 billion). The hotel has opened a new Heritage Wing, with rooms for $650 a night, on average, which is more than three times the rate of the old hotel.

The Heritage Wing has 140 rooms of nearly 60 sq. meters each, staffed with butlers. Guests can check in and out of the hotel from their rooms. The Prestige Tower, on the other hand, has commercial office space, banquet rooms and a fitness center. In all, the new Okura has 508 rooms. The company is aiming to fill two-thirds of them with wealthy foreign guests, up from 60% at the old hotel.

The Okura, the Imperial Hotel Tokyo and the New Otani Tokyo were the three big players in Japan’s upscale hotel market after World War II. Foreign hotel chains entered Japan in the 1990s, establishing their names as market leaders with opulent decors and extensive facilities.

According to the Tokyo Metropolitan Government, there are around 3,000 hotels in the capital.