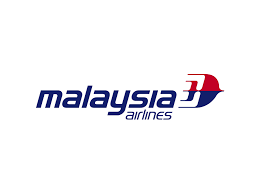 Malaysia Airlines saw a challenging 2018 and finished the year on a marginally lower loss compared to a year ago, impacted by several factors including the crew shortages in the second half of 2018. The year also saw intense competition, with supply outstripping demand, as well as volatility in fuel and forex which also affected profitability.

Notwithstanding the challenging operating environment, encouraging improvements were seen in 2018 as compared to the previous year. Revenue Average Seat per Kilometer (RASK) saw a marginal increase of 2.0% year-on-year on the back of improved pricing segmentation. In the same year, total revenue registered a 1% rise over last year’s performance whilst overall load factor was sustained at 78%.

The airline’s focus on customer experience, with the formation of the new Customer Experience division, saw good gains with the Customer Satisfaction Index (CSI), up 4% YoY. The airline’s Net Promoter Score (NPS) also increased by a significant 22 points in 2018 with all customer touchpoints scoring better from the previous year.

Other customer centric efforts to improve the customer journey included the launch of several digital initiatives the most recent being the launch of MH WhatsApp chatbot. The service, the first in Malaysia, allows passengers to access their flight status and booking confirmation in real time.

2018 also saw the airline making great progress in achieving operational stability. On-time performance (OTP) improved by 2% YoY, with the highest monthly OTP registering at 83%. Improved OTP was as a result of improved operational efficiencies in engineering and ground handling.

Fleet developments during the year included the introduction of six (6) A350s and six (6) A330-200 (ex-Air Berlin) aircraft. The A350s were successfully deployed on the Kuala Lumpur – London route at the start of 2018. The A330-200s are now used on higher density regional routes across Asia Pacific.

Malaysia Airlines’ A380-800s continue to service Amal by Malaysia Airlines (Amal) which was officially launched in the quarter with the unveiling of its name and logo. Amal is the first in the world to offer pilgrim-centric service dedicated for Hajj and Umrah, and operates up to three daily flights to Jeddah and Madinah.

Group CEO Izham Ismail said: “The year was an extremely challenging one with the airline hampered by intense competition and volatility in fuel and FOREX. Whilst we saw traction in RASK and CASK the margin gap was not enough to achieve break even, although losses in 2018 was lower than the previous year. This was due to several factors in particular the crew shortage which did have a significant impact on the year’s performance. We have gained some traction in stabilising our operations and continue to be vigilant in managing our revenue and cost.

The improvements in the overall customer satisfaction index is a testament to the efforts and focus of the airline on our passengers, driven by the various product and service enhancements introduced in 2018. We expect this to continue into 2019, with many exciting launches planned for the year.

Moving forward, with the competitive operating environment expected to persist, we have started a concerted effort to narrow the losses in 2019 through a series of revenue improvements and cost rationalisation initiatives, as we roll out the next phase of the turnaround plan.