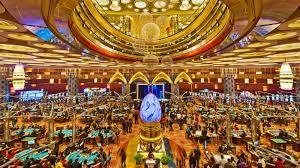 The casinos in Macao face a new threat to their viability as officials imposed new limitations on tourism, this time from China, Hong Kong, and Taiwan as the region has seen several new cases of COVID-19 after having been clear following the original coronavirus outbreak.

The new restrictions come after China’s Macao last week barred visitors from all other countries from entering the peninsula, which is the only place in China where it is legal to gamble.

The casinos were forced to close for two weeks at the beginning of February in a bid to halt the spread of the virus, but after reopening, MGM Resorts said visitations to its casinos weren’t rebounding.

MGM, Las Vegas Sands and Wynn Resorts have seen all of their properties in the U.S. closed in the last week as states began imposing shelter-in-place orders to contain the pandemic. Macao was seen as a relief valve for the casino businesses as it provided an outlet for them to still generate revenue. That is now in doubt.

The residents who return from anywhere outside Macao must now go through a 14-day period of quarantine upon their arrival. Even if they haven’t traveled abroad or gone to either Hong Kong or Taiwan, will still need to undergo medical testing at a government-operated facility before being allowed out.

Macao casinos have been criticized for not allowing their facilities to be used for medical use even though the government was willing to pay for the rooms. The gambling revenue plunged 88% in February following the forced closure. Analysts are expecting a 70% year-over-year decline for March.