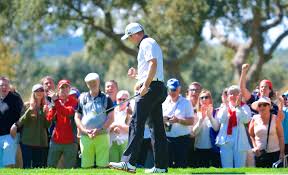 The regional tourism authorities of Murcia and the Costa Calida have recognized golf tourism as key sectors which are crucial if the industry’s traditional dependence on the busy months of July and August is to be reduced and at the same time constant efforts are put in to endorse 22 courses to new European markets.

Between 30th August and 2nd September, these recent campaigns took place in Silkeborg, Denmark. Herein competitors in the Made in Denmark tournament we competing for their claims for the last European team slots in the Ryder Cup. Matt Wallace won the tournament. All through the tournament, a stand publicized a contract which has been reached by tow chartered flights visiting Murcia-San Javier airport at the time of November, bringing the courses of Costa Calida accessible for 300 Danish golfers.