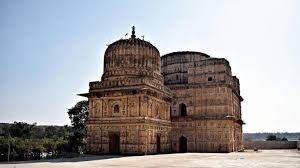 The Madhya Pradesh tourism department was famous for its showy and lucrative advertisements promoting tourism in the state. Nevertheless, it is currently grappling with extreme financial stress and has by now issued global tenders to sell off seven of its biggest properties. The hotels up for sale are as follows: The well-known Ashoka Lake View hotel in Bhopal, Ujjain’s Hotel Avantika, and Pili Kothi in Umariya.

As per a DNA report, the situation is has become so severe at present that state Tourism Minister Surendra Singh Baghel himself is making calls to visiting tourists, asking for their feedback.

What’s even worse is that the department may start renting out heritage sites very soon which are located in the state for weddings during the marriage season in the winters to ease out the fiscal crisis. The frantic steps come as a last resort as the officials are running out of ways to fill the coffers of the department.

Baghel held the former government responsible of ruining the tourism department by exploiting the tourism corporation, which he asserts has worked as one of the main reasons behind the falling fortunes. “We are making every effort to deal with this mess, and we are also talking to small tourist operators in the city,” said Baghel.

One must, however, understand here that this is not the first time MP tourism department has relied on private operators to make profits. Back in 2016, when Shivraj Singh Chouhan was the leader, his government gave away several top-notch state-owned hotels such as those in Datia, Khajuraho, Pipariya, and Katni private players.

Particularly, the state tourism policy was modified to make sure that companies that own these hotels would only take care of operations while handing over the lease money to the government every year. If any of the private players violates any term of the agreement, they will lose their rights over the property.

Umashankar Gupta, a former tourism minister of Madhya Pradesh, however, blamed the economic slowdown for the crisis and warned of the dangers of privatization. He stated that no one but the builders would benefit out of such a move.