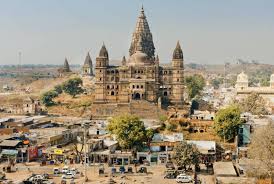 The latest effort of Madhya Pradesh Tourism Board is to bring the less-explored town of Orchha into the tourism circuit. To ensure this idea turns into reality, it is organising Namaste Orchha, a cultural fest to attract tourists to Orchha.

MP Tourism will host Namaste Orchha from March 6 that will highlight the cultural landscape of the region via a range of activities. Those visiting the region during this time will be able to witness guided history tours, enjoy dance, art, and music performances, photography tours, and much more.

Referring to this event, Faiz Ahmed Kidwai, Tourism Secretary, MP Government, stated that Madhya Pradesh is among the most exciting tourist destinations in the country, and has vast potential for inbound tourism. Thus, they are keen to create new initiatives and opportunities, and thereby promote the rich natural, cultural, and architectural of the state. He also added that this festival will find a place in the lives of the local populace of Orchha, sharing their home and heart with visitors.

Reportedly, the festival will also feature a food and crafts bazaar, where traditional crafts from the region and local cuisine will be on offer. Many popular artists will also be gracing the event, including the Indie music band Indian Ocean, and a performance by the famous Hindustani classical vocalist Shubha Mudgal. The festival will conclude on March 8, 2020.
Yasmin Kidwai, the Festival Director and Curator, added that their sole aim is to create an annual event in the cultural calendar of the state that will help visitors to discover this beautiful place, and also provide more scope for ideas and creative collaborations.

Also, during this three-day event, the festival will witness an inaugural cultural performance at the Orchha Fort; then, there will be an immersive visual spectacle of the Maha Aarti on the banks of River Betwa, and a ‘farm to fork’ experience that will showcase products for organic farming.