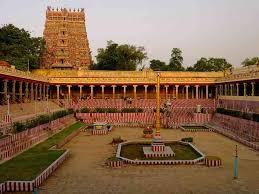 Tourists from abroad are moving around in the dark inside an unlit building, rich in heritage, in the heart of the Madurai city, the cultural capital of Tamil Nadu. Insufficient lighting at the Gandhi Museum playing a killjoy for a group of 15 international tourists who are trying to have a glimpse of the blood-stained cloth worn by Mahatma Gandhi when he was assassinated. Close to the museum, the Thirumalai Nayakar Palace appears like it hasn’t been cleaned for several years.

Heritage museums and structures in Madurai are in total mess. It seems that authorities entrusted with maintenance of these historical structures are in deep sleep.

The Gandhi Museum at Madurai has several exhibits associated with Mahatma Gandhi and works as a major tourist attraction at the temple town. It attracts about six lakh visitors every year. Power cuts at the museum have become a regular affair. Nandha Rao, director of Gandhi Museum, on being reminded of the frequent power cuts, said, ““We are installing solar panels in a month’s time.”