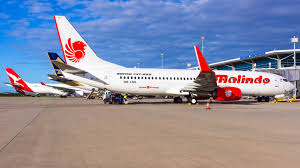 Malindo Air has again been recognized as an APEX 2020 Four Star Major Regional Airline, at the APEX Official Airline Ratings held in Los Angeles on 9 Sep 2019. For the third consecutive year

Datuk Chandran Rama Muthy, CEO of Malindo Air said, “It is with the highest level of excitement and honour that we receive recognition as a 2020 Four Star Major Regional Airline in the APEX Official Airline Ratings. A big thank you to our passengers around the world for your unrelenting support. It truly drives our effort as a team to serve you better.”

“We are humbled with this recognition which is essential to a successful workplace. Employees respond to positive recognition because it confirms their work is valued by others. This will certainly motivate them to continue performing at peak levels,” Chandran added.

Using a five-star scale, more than one million flights were rated by passengers across nearly 600 airlines from around the world between 1 July 2018 and 30 June 2019. On the same screen, passengers were given the opportunity to provide anonymous ratings in five subcategories: seat comfort, cabin service, food and beverage, entertainment, and Wi-Fi. The single screen rating allows airline passengers to easily rate their flight in less than 15 seconds.

The airline operates over 800 flights weekly across a continuously growing network of about 57 routes in the region.