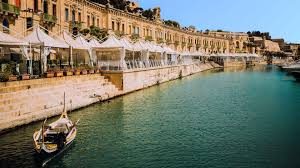 About 2.6 million tourists visited Malta in 2018, recording a 13 per cent rise from that in 2017 as per Malta Tourism Authority data. The volume of tourism has doubled since 2010, when it stood at 1.3 million visitors.  2010 is taken as a benchmark for analyzing the tourism figures because it was in this year that the global economy emerged from the 2009 financial crisis.

A growth in tourism expenditure was also registered as the tourists spend Euro 2.1 billion during their stay in Malta.  In 2009 the spending by tourists had dipped below Euro1 billion.

Tourism Minister Konrad Mizzi attributed the positive results obtained in the tourism sector to the government’s efforts in diversifying Malta’s markets and in making Malta a destination with less seasonal fluctuations throughout the year.

In order to boost growth in tourism, investment in visa infrastructure and ‘world class’ infrastructure was needed.  Mizzi said that the government was currently looking at six proposals for the regeneration of Paceville, whilst similar regeneration is also planned for the Strand in Sliema, for lower Valletta and for the Three Cities.  He added that both Marsaxlokk and Birzebbuga were being regenerated and that once these projects are completed, St. Paul’s Bay and Bugibba will be next on the list.

The United States became one of the top 10 countries of origin for tourists coming to Malta; around 50,000 American tourists came to Malta during 2018 – a rise of 31 per cent.  Malta needs a fully equipped convention centre which can take large capacities, such as one of 10,000 people, an investment which would cement Malta’s credentials as a world class venue for events.