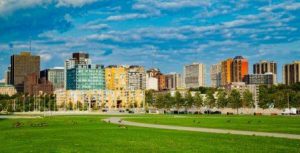 Canadian province, Manitoba has launched its new tourism strategy to boost the number of visitors.  This Canadian province is also aiming to generate more tourism revenue from international tourists. The provincial government, along with Travel Manitoba and the Manitoba Chambers of Commerce, revealed the plan setting a new goal to increase tourism visitation expenditures in the province to $2.2 billion by 2022 — a jump of $600 million from the $1.6 billion recorded in 2016.

This new tourism strategy also aims to increase the number of visitors to the province, setting a goal of 12.6 million — a jump of two million visitors from the 10.6 million who came in 2016. The new strategy will maintain the 96/4 funding plan for Travel Manitoba implemented in 2016. Under that plan, 96 per cent of tax-based revenue generated by local tourism industries goes to the province. The remaining four per cent goes to Travel Manitoba and is earmarked specifically for marketing local tourism.

The Growth, Enterprise and Trade Minister Blaine Pedersen said that the strategy allows    them with a roadmap to capitalize on this opportunity by setting clear goals and working together to position Manitoba as a unique and vibrant four-season destination.

The tourism sector contributes more than three per cent to the province’s GDP every year, the release said. Colin Ferguson, president of Travel Manitoba, said his organization is proud of the province’s work on tourism to date. Their strategy will fuel that growth by ensuring all key stakeholders have a clear vision for the future.