Many walls around the world are main attractions for tourists 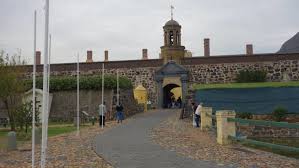 While touring Northern Europe, including Visby (which is in Sweden), Tallinn (the capital of Estonia), and Berlin, many tourists notice that the main attractions in these places were walls.

Visby is a medieval city on the Island of Gotland, which was attacked by the Germans, the Danes, and the Swedes. Hence, it needed a wall and it is still there today. It was a similar story in Tallinn, Estonia where the wall had 66 guard towers, many of which are still there.

While most of the Berlin Wall has been replaced by a double line of cobblestones marking where it used to be, it’s not entirely gone either. About a mile of the actual wall remains as an outdoor art gallery. Near the old guard shack at Checkpoint Charlie, you can see a 60-foot high panoramic mural of what Berlin used to look like when the wall was still there for just 10 Euros.

All these places are packed with wall-seeking tourists – people who want to see the wall, touch the wall and climb the wall. One can pay seven Euros to climb a guard tower in Estonia.