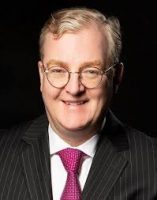 From July 1, Martin Smura will lead as the new chief executive of the Kempinski Group.after Markus Semer earlier this year had announced his departure from the role.

Smura has vast amount of management experience and expertise from top international hotel companies on five continents.In his last role he served as the executive chairman of the board of the Dorint Hotel Group.

He is also known to serve the Azimut Hotels, Russia’s largest hotel group, and was  the chairmanship of the board of directors of Adlon Holding.

During his 15 years with InterContinental Hotels Group, among other as director operations in east and western Europe he gained operative spurs.

Abdulla Saif, chairman of the supervisory board, Kempinski was confident that Martin Smura with his outstanding leadership will continue to uphold the grand hotel tradition and quality at Kempinski.

He said that Smura’s leadership skills, strategic vision regarding the brand’s further expansion, his excellent network and long-standing bonds of trust, also with our partners, will strengthen the group’s position for the future.

He went on thanking Markus Semer for his invaluable involvement and dedication towards the Kempinski Group over the last 16 years and over the last three years as chief executive for having successfully repositioned and succeeded in making the company profitable by setting a financially sound strategy with an achieved sustainable net portfolio growth.

This year Kempinski is celebrating its 122nd anniversary.