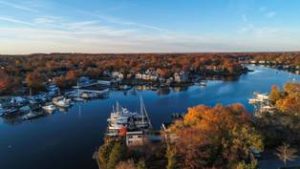 Maryland government Larry Hogan’s administration has announced a total of $5 million in grants to support tourism projects in the state. The governor announced the 109 matching grants on Thursday.

The heritage tourism organizations receiving the grants include museums, parks and educational organizations. All of Maryland’s counties and the city of Baltimore have at least part of a state-certified heritage area within their boundaries. It will give them an opportunity to make better infrastructure for tourism.

Since the Maryland Heritage Areas Authority was formed in 1996, it has awarded more than $41 million in grants and helped leverage more than $1.6 billion in non-state funding for heritage tourism projects in Maryland.

Maryland tourism includes around the huge Chesapeake Bay, which almost divides it in half. The state is almost divided again, farther west, where at one point only 1.6 miles of Maryland separates the Virginia and Pennsylvania state lines.

Also bounded by Delaware, West Virginia, and the District of Columbia, Maryland lies at the heart of Colonial America and saw action in the Revolution, War of 1812, and Civil War. This place lies in the forefront of American history which includes important roles in the Industrial Revolution, the westward expansion, the Space Age, and every other major period in America’s story.

Maryland also offers to its tourists with an extensive variety of natural attractions, from the long beaches of its Eastern Shore to the heavily forested hills of its western counties. The Appalachian Mountains cross in the west, and state parks protect waterfalls, lakes, and plenty of walking and hiking trails. The former towpath of the C&O Canal offers miles of cycling, and wildlife refuges protect precious wetlands for waterfowl and migrating birds. Whether your interests are history, hiking, birding, sightseeing, or soaking up the sun on a beach, you’ll find plenty of things to do in Maryland.