Mauritius has new minister of tourism 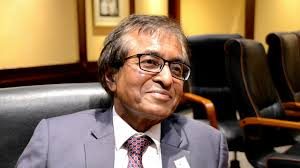 Following the general elections held on November 7th in Mauritius, the swearing-in of the new council of ministers took place at the State House in Réduit.

Lesjongard, who has a background of engineer, has been working at several posts in the government during these last 20 years, namely as minister of Rodrigues and as minister of land and housing.

More recently he was selected as deputy speaker of parliament.

During the vesting ceremony, Lesjongard said he would work to grow the financial impact tourism has on the economy of Mauritius.