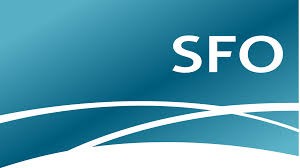 “Today we honor the late Mayor Ed Lee and his contributions to the City of San Francisco and the San Francisco International Airport,” said Mayor Breed. “Mayor Lee gave so much to this city, and we will be forever grateful for his service. With this dedication of the International Terminal Departures Hall residents and visitors alike will be reminded of Mayor Lee and his commitment to serve the city that he loved.”

“Mayor Lee’s sudden death nearly two years ago left us heartbroken, and we lost one of our airport’s extraordinary champions,” said Airport Director Ivar C. Satero. “SFO is proud to dedicate the Mayor Edwin M. Lee International Departures Hall so that Mayor Lee’s life and legacy will be remembered by those who pass underneath the lettering that bears his name.”

Mayor Lee was the 43rd Mayor of San Francisco and served from 2011 until 2017. He was the first Asian-American mayor in San Francisco’s history. Under Mayor Lee’s leadership, San Francisco further became one of the most innovative cities in the world. He focused on balancing the budget, creating jobs, boosting San Francisco’s economy, building housing, housing the homeless, creating a cleaner and safer city, addressing affordability challenges and fighting for civil rights, equity and inclusion. He was a champion for the community and was dedicated to the people he served. Mayor Lee passed away while in office nearly two years ago on December 12, 2017.