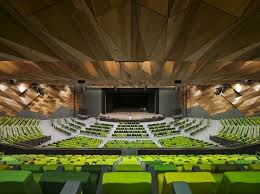 The economy of Victoria in Australia is increasing with the Melbourne Convention Bureau breaking the $500 million mark for conferences this financial year. The Minister for Tourism, Sport and Major Events Martin Pakula confirmed the milestone, with business events now the highest yielding sector in Victoria’s visitor economy.

The Andrews Labor Government has made business events a key priority in helping grow the state’s visitor economy, bringing the world’s largest conferences to Melbourne. The 2023 Rotary International Conference will be the most valuable conference ever held in Victoria with 20,000 Rotary members from more than 200 countries expected to attend, bringing in $110 million to the state.

The recent major $205 million redevelopment of the Melbourne Convention and Exhibition Centre, including construction of the Novotel Melbourne South Wharf, has been a key factor in building the state’s business events capacity – cementing the precinct’s reputation as a world-leading conference hub.

Major business events provide massive opportunities for Victorians and businesses within the state as 86,000 international business event visitors arrived in Melbourne across 2018.

The Minister for Tourism, Sport and Major Events Martin Pakula said that the business events are the foundation of Victoria’s visitor economy, bringing thousands of people from around Australia and the world and helping to keep our cafes, restaurants and bars full. The Melbourne Convention Bureau is a key contributor to this success – securing major international business events, creating jobs and injecting millions of dollars back into the Victorian economy.