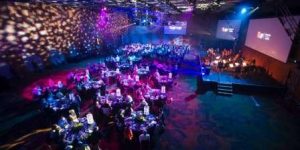 The global meetings industry will focus on the Melbourne this September following a successful bid to host the International Congress and Convention Association (ICCA) Asia Pacific Client/Supplier Business Workshop 2019.

Melbourne Convention Bureau (MCB) collaborated with the Melbourne Convention and Exhibition Centre to develop the winning bid, which will bring 19 ICCA members and 16 of their association leaders to Melbourne for business sessions from Monday 16th to Wednesday 18th September 2019.

The Workshop is an annual event organised by the ICCA Asia Pacific Chapter specifically catered to its members in the Asia Pacific Chapter. It offers a unique platform for members to introduce their clients whose meeting they have won, and further expand their network by connecting with association clients invited by other ICCA members through this collaboration.

“We are delighted to bring together the association community and our top members to the ICCA Asia Pacific Chapter Business Workshop – where innovative ideas are sparked.

“Thought leaders from eight countries will meet in Melbourne to discuss future collaborations that will resonate beyond meetings.

“On behalf of ICCA, we would like to thank Melbourne Convention Bureau and all its partners for their undivided support,” said Mr Hamid.

MCB Acting Chief Executive Julia Swanson said the workshop represents an excellent opportunity for Melbourne to demonstrate its capacity and capability to deliver successful business events and showcase its credentials as a knowledge hub to key decision makers from associations looking to host their events in Asia Pacific region.

“Melbourne is where creativity and innovation come together to deliver great events, exciting places to explore and cutting-edge advancements that are globally acclaimed.

“MCB and its partners are excited to be hosting the ICCA Asia Pacific Client Workshop in September. We look forward to welcoming ICCA members and international association executives from across the region and highlight our famed ‘Team Melbourne’ approach,” said Ms Swanson.

The successful bid win was made possible by the unified approach with MCB partners, with acknowledgement to Showtime Events, Crown Hotels and Novotel Melbourne South Wharf for their collaborative Team Melbourne effort.