Middle East tourist offering is on the brink of exciting times 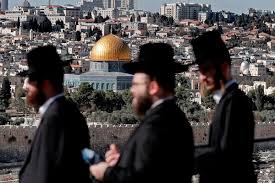 Gerald Lawless, the former president and CEO of the Jumeirah Group and immediate-past chair of the World Travel and Trade Council said that the Middle East tourist offering is “on the brink of truly exciting times.”

Often cited as one of the visionaries who helped make Dubai the tourist showpiece that it is today, Lawless has dedicated more than 40 years of his life to hotels, constantly improving guest experience. He took over the charges of the Jumeirah Group in 1997 before the brand had even launched a single property.

In less than three years, the group was up and running – with the iconic Burj Al Arab, its jewel in the crown. The hotel – the world’s first seven-star property – captured the imagination of tourists around the globe and stamped the UAE’s passport as a truly global destination.

However, after 20 years and unrivalled growth later, Lawless believes that the Middle East is once again on the cusp of redefining tourism.

Speaking ahead of this year’s Hotel Show Dubai, which would take place at the Dubai World Trade Centre from September 16-18, Lawless insisted that anything is possible in the region, with tourism proving its worth.

Lawless said: “I think we’re on the brink of truly exciting, but also challenging times.”

Lawless added, “When you look around the Middle East and hone in particularly on the UAE, Dubai is the example of a location that really developed its product and developed itself as a tourist destination. I think Dubai very much stands out as a leader in terms of what has occurred in this region.”

September’s Hotel Show will have 30,000 industry professionals to the biggest networking and product sourcing event of its kind anywhere in the Middle East.

Now in its 19th year, the three-day event will see more than 600 exhibitors, a packed general manager’s leadership conference, and a host of live features.

Tags: Middle East tourist offering is on the brink