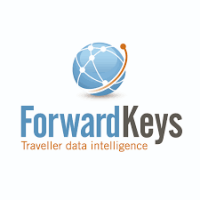 Middle East travel records a meager one per cent growth during the first ten months in 2018 as compared to the 2017. The research was undertaken by ForwardKeys which analyses over 17 million flight booking transactions a day.

The poor growth rate is attributed to the slowdown in travel to Saudi Arabia and the ongoing blockade of Qatari airspace by its neighbours.

Arrivals from the Americas (5.6 per cent), Asia Pacific (3 per cent) and Europe (2.6 per cent) grew, while that from Africa and the Middle East slipped by 2.5 per cent.

Within the Middle East, the UAE is the most important destination by far, and it attracts about half of all air traffic. It grew by 2 per cent. The air traffic to Saudi Arabia and Qatar were down 2 per cent and 7 per cent respectively.

Dubai, the world’s busiest airport has continued to grow its share of the ‘transfer’ market, to the detriment of Abu Dhabi and Qatar.  It has been successful in continuing to attract visitors who stay overnight in the destination too.

The most successful airport after Dubai is Istanbul. It has seen a rise in visitors staying overnight by 31 per cent as it is now considered safe.

Olivier Jager, CEO, ForwardKeys, is of the opinion that the most striking feature of travel to the Middle East is the blue-chip nature of Dubai as a hub airport. Despite the slowdown, it just keeps on growing.

Airlines are planning to increase capacity to Doha and Istanbul but decrease it to Abu Dhabi.