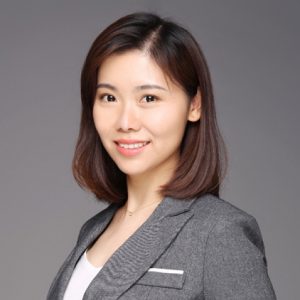 In her new role representing Lanai, Miku will be responsible for total account management within the Asia Pacific (APAC) region, including Japan, Korea, China, Southeast Asia, Australia and New Zealand. She is based out of Four Seasons Hotel Shanghai, where she works in concert with both the Lanai sales team as well as the Four Seasons Worldwide Sales Offices to grow both leisure and group sales at the Resorts.

Miku joins the team of Four Seasons Resorts Lanai following her most recent role as Senior Sales Manager at Four Seasons Hotel Hangzhou at West Lake in China. As pre-opening team member at the Hotel, Miku’s sales journey took her through multiple roles from Sales Coordinator to Delphi Systems Operator and Market Analyst. She continued to challenge herself in each of her roles and due to her strong sales skills and business acumen and accepted a Sales Manager role in 2015. As the Sales Manager in charge of the G20 delegation in 2016, Zhang did more than 30 site inspections for more than 18 countries and organisations. After an incredible effort during the G20 summit, she was awarded “Outstanding Individual for G20” by the local Chinese government and “2016 Manager of the Year in Asia Pacific” internally. She was promoted to Senior Sales Manager at Hangzhou in April 2018.